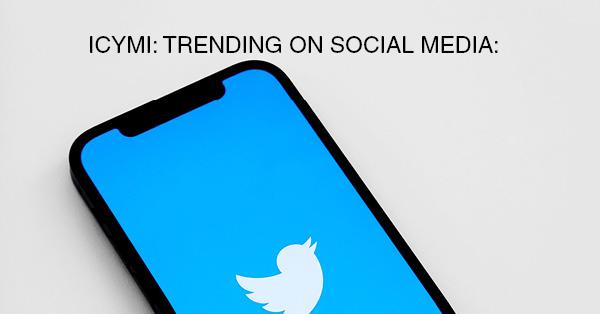 THE IRS BACKLOG OF PAPER TAX RETURNS IS EVEN MORE HORRIFYING WHEN YOU SEE IT IN PICTURES (fastcompany.com, June 15, 2022)

Proponents of modernizing the Internal Revenue Service have long called its processing systems antiquated. Now, they have a paper trail to prove it. 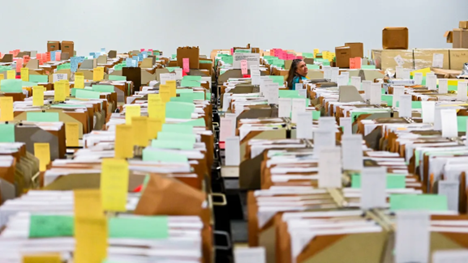 An IRS employee walks through tax documents in the staging warehouse at an Internal Revenue Service facility in Ogden, Utah. [Photo: Alex Goodlett for The Washington Post/Getty]

We’ve written quite a bit about the frustrating backlog of paper tax returns at the Internal Revenue Service (IRS) over the past 18 months, so we honestly didn’t think this well-documented epoch of bureaucratic dysfunction still had the power to shock.

It’s one thing to cite statistics about taxpayers waiting months or years for their refunds because Sisyphean stacks of paper returns are presumably collecting dust at some IRS processing center. It’s another thing to see what the backlog actually looks like.

This week, we’re getting a real-life glimpse of the problem, courtesy of Natasha Sarin, a tax policy counselor for the U.S. Treasury. Sarin shared a photo on social media that she says shows an Austin-based IRS facility overflowing with crates of unprocessed paper returns. Even more astounding is that the photo was not taken in an IRS warehouse or storage room, but in a cafeteria.

At the IRS in Austin, cafeteria is overrun with paper returns awaiting processing by campus’s dedicated employees who will *keystroke* line items into the IRS’s database Investing in the IRS essential to overhaul this manual system, so agency can serve taxpayers way they deserve - Natasha Sarin @NatashaRSarin 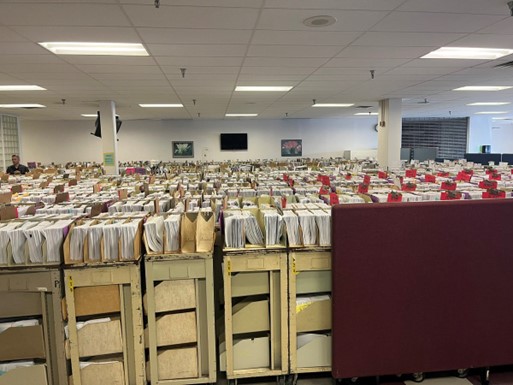 The tweet, unsurprisingly, is getting ore funding to add additional staff and modernize its outdated systems. Although disruptions caused by the COVID-19 pandemic have made the agency’s problems considerably worse, the IRS was already relying on technology built for another era.

“[The] IRS began this tax season with tens of millions of returns unprocessed from last year,” Sarin wrote in April. “This is, in part, because the IRS’s technology is antiquated—in significant ways, the IRS is still a paper-based agency, with a heavy reliance on manual processing. As one example, IRS employees open paper returns by hand.”

In a report earlier this year, the National Taxpayer Advocate said scanning technologies, such as OCR, or optical character recognition, could let the IRS “machine read” paper returns, thereby greatly reducing the need for manual inputs. But again, such upgrades cost money, which would require approval from Congress, which is not exactly known for, well, doing things.

In other words, it doesn’t look like those stacks of paper are going anywhere until human IRS workers manually go through them. That it will happen eventually is cold comfort for millions of taxpaying Americans who have been waiting (and waiting and waiting and waiting) for checks.