Submitted by Denise Weston on 26 January 2021 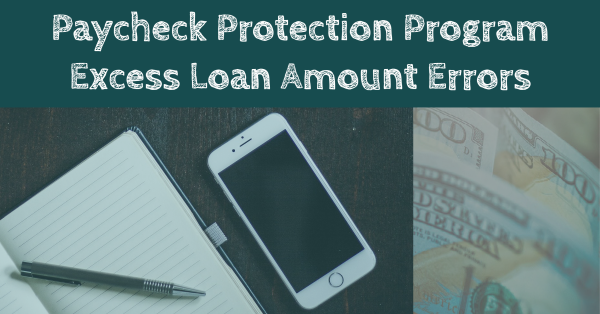 The SBA has issued a procedural notice that clarified that borrowers who received loans in excess of the amounts that were allowed under PPP are going to be held responsible for repaying the excess amount of the loan.

A number of borrowers have reported being approved for PPP loans in excess of the amounts that were allowed under SBA guidance in the original program.  The problem was especially prevalent for loans early in the PPP program due to both:

It is that second category that the SBA procedural notice addresses.  Note that the guidance covers only errors that were made in good faith. This implies that borrowers and lenders are not going to be able to get special treatment just because they did the best they could—rather, the excess loan is not going to be subject to forgiveness.

An excess loan amount error is a borrower or lender error made in good faith that caused a borrower to receive a PPP loan amount that exceeds the borrower’s correct maximum loan amount under the CARES Act and the Economic Aid Act.

The notice provides that such excess loan amounts are not subject to forgiveness:

A borrower may not receive loan forgiveness for any amount that exceeds the correct maximum loan amount permitted by statute for that borrower. This is true whether the excess loan amount was caused by borrower error or lender error.

If such an error is identified by the lender or borrower, the lender is directed to deny forgiveness on such excess loan amount:

When preparing or reviewing a loan forgiveness application, if a borrower or lender identifies an error that resulted in a borrower receiving a larger PPP loan than the borrower was eligible to receive, the lender must issue a decision to SBA denying forgiveness for the amount that exceeded the borrower’s correct maximum loan amount.

The notice also makes clear that if the error is discovered after the lender has sent the forgiveness decision on to the SBA, even if the SBA has already approved that decision and paid off the loan, the SBA must be immediately informed.  If the borrower had already been notified that the entire loan was forgiven, the lender will also need to inform the borrower of the change in the situation.

The notice concludes by noting the borrower will have to immediately begin repaying the excess loan once the situation comes to light: